Nancy Stohlman is coming to Portland for 2 Flash Fiction events next week!

Flash forms have arrived as backlash to genre boundaries and flash fiction is leading the pack, redefining how we tell stories. By embracing the compressed form, writers are cultivating a new set of skills and creating an entirely new kind of story. In this workshop we will generate original flash pieces, examine what makes successful flash fiction, and try to differentiate flash from its cousin, the prose poem. This workshop is open to writers with all levels of experience in the form.

LAUNCHING YOUR BOOK INTO THE WORLD 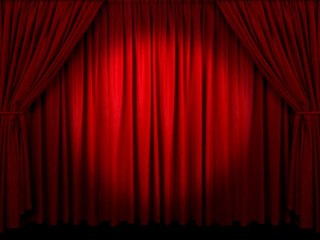 You wrote the book…so you’re done, right? Wrong. Whether you are self-publishing, traditional publishing, or still undecided, today’s market requires that writers build and sustain their own readership. But how? Who are your readers? Who needs your book? And how do you find them? Personalized coaching can help you uncover blocks to self-promotion, give you practical skills to approaching the market as a professional, and help you understand and take the necessary steps to not just writing a book but building a long term audience for your work. Individualized coaching will explore:

• The difference between an amateur and a professional
• Who are your readers and how do you find them?
• Self-promotion: Are you avoiding it? (You’re not alone)
• Publication—is your manuscript ready to send into the world?
• Building a long-term fan base
• Creatively marketing your work
• What’s keeping you from taking the next steps?

Your work is worth it. Give your book the greatest chance of succeeding!

4 and 8-week individualized coaching packages tailored to you and your work.

The hostess decided to throw a small dinner party, just the neighbors and a few friends, just something to lift her spirits. She made pot roasts and French Onion soup from scratch while he retreated to the basement.

There was a few weeks truce, an uneasy truce for the sake of the children, and then another all-night battle followed by a series of murder mystery parties, complete with costumes, wine tastings, realistic weapons rented by the hour, and yucca whipped into small hills as light and fluffy as French pastries.

By the end-of-summer-Hawaiian-luau, the hostess was holding back tears through her fake eyelashes and long, black wig as he moved his things into the spare bedroom: You invited them, you entertain them! he yelled, slamming the door. The guests tried to keep her glass filled with an assortment of specialty rums and freshly crushed papaya mixers.

But today, the sound of hammers. It would be the greatest party she had ever thrown. Everyone would come. A crew of a dozen was sawing, hammering, painting, and creating a to-scale facsimile of the Titanic. Another crew was bringing in 500-gallon tanks of water that would, at the appropriate moment, be released into the back yard, while the guests, in full pre-World War I formalwear (as specified in their invitation) would get into actual lifeboats and attempt to row themselves to the safety of the house. A caterer was reconstructing an iceberg two stories high, and, at 11:40 pm, the gong she rented would sound, the string orchestra would begin to play, the water would begin to rise and the guests would file into lifeboats, of which there would, of course, be too few.

What is your favourite colour? Why?

Do you wear this colour? How often and when?

As often as I possibly can. Lipstick. Boots. Red sparkles if I can get away with it.

What does the colour suggest to you?

What does it not suggest to you?

Barfing out the window of a moving RV.

How long has it been your favourite colour?

I’m pretty sure my placenta was red.

When does it work best?

Here’s the thing: Red is both celebrity and paparazzi. When a person walks into a room embodying red, everyone secretly feels better: Red has arrived. It’s kind of like when someone brings the Hot Damn Cinnamon Schnapps to a wedding reception. Maybe you wouldn’t have done it yourself, but you’re glad to know that someone else has, and you might crowd around that person and even take a swig because it will make your story better later.

When does it not work for you?

When I want to disappear. There are plenty of days I just can’t live up to the expectations of red.

At my best, I am always red.

New book: After the Rapture is forthcoming from Mason Jar Press in 2023!

Going Short forthcoming as an audiobook with Blackstone Press: March 15, 2022

The Situation and the Story Podcast with Chris Moore: Going Short with Nancy Stohlman

How Do You Write? Podcast with Rachel Herron: Nancy Stohlman on why Writing Short is so Exciting

Eric Lee: A 100-Word Review of Going Short: An Invitation to Flash Fiction

The Short of It: Curtis Smith & Nancy Stohlman at JMWW

CRAFT: “A Closer Look at Going Short” by Amy Barnes

Westword: “Nancy Stohlman Is Making Denver the Flash Fiction Capitol of the USA” by Teague Bohlen

Speaking of Travel Podcast: “Flash Fiction is Changing How We Tell Stories with Nancy Stohlman”