After the rapture, the people began a strange pilgrimage. They traveled from the broken cities, through streets littered with expired business cards, past billboards that had long ago stopped promising anything.

They walked over the Rocky Mountains and across the desert towards Salt Lake City, Utah, and the Very First Kentucky Fried Chicken, the one started by the actual Colonel Sanders when “fried” was still part of the name. It seemed pointless to care about things like cholesterol now; those who had been vegetarians and those who didn’t eat fried foods journeyed side by side.

The route to the Very First Kentucky Fried Chicken was marked by cairns and amulets. People who were interviewed along the way said they felt a certain calm on the months-long journey, that it was good to be away from the normal pressures of daily life and just be one with the scorching 100-degree temps of the high Utah desert, where understandably a certain number of pilgrims would not make it and their bodies would be left as they fell, adorned by the pilgrims to follow like roadside altars.

For those who made it, a large yet modest daily buffet awaited so pilgrims would not be forced to choose between original and extra crispy chicken, and there was both brown and white gravy and some even claimed to find a real lump in the mashed potatoes. And the fountain drinks ran freely and people shared their sporks under the grinning life-sized Colonel Sanders, decorated with beads and sunglasses and candles and smudge sticks and good luck fortunes left in thanks for a safe journey.

And then the people, desperate to avoid what came next, took their chicken bones and kept walking. They walked west for many days towards the setting sun until they reached the edge of a vast hole. But no matter how many bones they threw over the edge, they couldn’t fill the great, yawning silence that followed them back to the remains of their ruined lives. 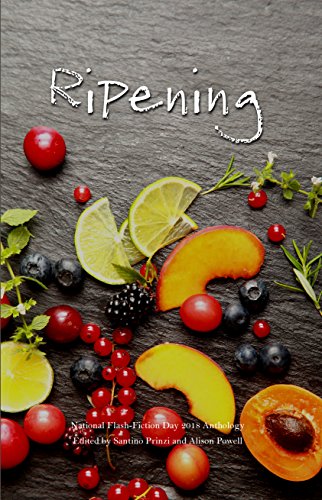