Alright Rosemary, with your piece “Flashback” (full text below) on the docket and your comment to me about “is this flash fiction?” you have now made it impossible for me to put this conversation off any longer! 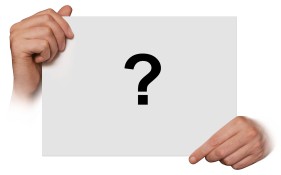 My hesitation, of course, is that definitions can be slippery, and the minute you try to define something it quickly escapes its own definition (recently I had a similarly challenging conversation about defining “erotica”). And because flash fiction and the prose poem share many traits, and the boundaries are somewhat fluid, the best we can do is clarify the shades of gray and make the two more distinct from one another.

So here goes: Prose poems are poems crafted with the traditional sentences and devices of prose writing but still relying heavily on poetic devices such as heightened imagery and precision of language.

Flash fiction are stories crafted with the devices of storytelling such as story arc and tension but compressed into limited language, normally no more than 1000 words.

So obviously there is already much natural crossover, particularly around their use of deliberate and concentrated language. But what separates the two? Can’t flash fiction use imagery and emotional effects? Absolutely. Can’t poetry tell a story? Of course. I think the answer lies in the primal impulse or driving force of a piece: Prose poetry is driven by imagery and emotion whereas flash fiction is driven by narrative.

So Rosemary, let’s look specifically at your piece, “Flashback”, with these thoughts in mind. And rather than worrying about defining it, let’s instead push your story unequivocally into the realm of flash fiction.

First off, I have to admit that I am a big fan of the mini-mini, the extra short flash piece, so I love when a writer has the precision of both language and focus to craft a tiny little nugget, as you have done here. And right away your first sentence pulls me in with an action (story movement) a pointed finger (characterization), and an ownership: I surveyed that (tension).  It suggests conflict and narrative brilliantly without any wasted words or time.

But the story starts to lose that initial tension and eventually feels more like a snapshot. Remember, one of the keys to flash fiction is a sense of urgency, of something unfolding—or having just unfolded. I think you can bend your story arc a bit more prominently to let your message be driven by the narrative rather than be implied. Currently the narrative becomes downplayed in favor of the message about land and ownership. In a poem you can deliver this message in many ways, but in a flash fiction piece you always have to get there through narrative.

One way you might do this is to craft the backstory leading up to this moment. Perhaps you do this in a series of escalating images that deliver us to this act of (subtle) defiance, so that even though we are entering the story at the end of the story arc, what comes before still feels prominently bent. Consider one of my favorite (tiny!) stories that does just that:

“It’s very hard to live in a studio apartment in San Jose with a man who’s learning to play the violin.” That’s what she told the police when she handed them the empty revolver.

OR you could make the action—her defiance/confrontation—happen more in the present moment. Right now your driving energy seems to be the message, but this message could be delivered more effectively by never actually saying it.

For example: Currently the man drives by at the beginning of the piece, points his finger, and then he’s gone (taking a lot of the tension with him). So the woman, our protagonist, is literally just standing in his dust. What if you were to let that moment—him driving by and her coming to the porch to meet his gaze…what if you were to let that moment build? He’s driving slowly, and she’s walking to the porch to stare him down—she’s not about to cower. In that moment when their eyes meet we feel the defiance, and then the dust rising between them becomes something much different. And you will have delivered your message obliquely through narrative rather than through a straight polemic.

And one last (minor) thing: Watch your sentence fragments. They seem to reflect possible previous line breaks, but an abundance of sentence fragments can become distracting unless they are directly supporting the content (for example, if you are talking about chopping up the land into parcels they might work well).

Rosemary, thanks again for letting us see your process on this piece, as I’m realizing that this is a conversation that many poets and flash fiction writers are currently having, and thanks for allowing me my two cents on the topic.

Please feel free to comment and continue the conversation. And if you would like me to consider your flash fiction piece in progress for the topic of a future conversation, please email me at nancystohlman@gmail.com or find me on Facebook.

The man who surveyed the land drives by, points his finger:  I surveyed that.  The woman looks out, sees large brick homes with only a few feet between them.  Empty wooden decks.  Blinded windows.  The man who surveyed your land does not live on it.  He makes money from marking what you believe is rightfully yours.  An imaginary boundary that appears very real – one that will hold up in court.  A deed, a document you can find in the county courthouse.  Plats.  Plumb lines.  But all this makes the woman laugh, because she neither believes in the calculation of time nor the ownership of land.  How does one own what owns itself?  Land Is.  It exists with or without boundaries.  Just look at a map.  The Panhandle of Florida.  Where does Alabama end and why?  Because a man drew a sword and drew a map and then drew a claim.  The land is the land.   None of it is yours.  All of it is.